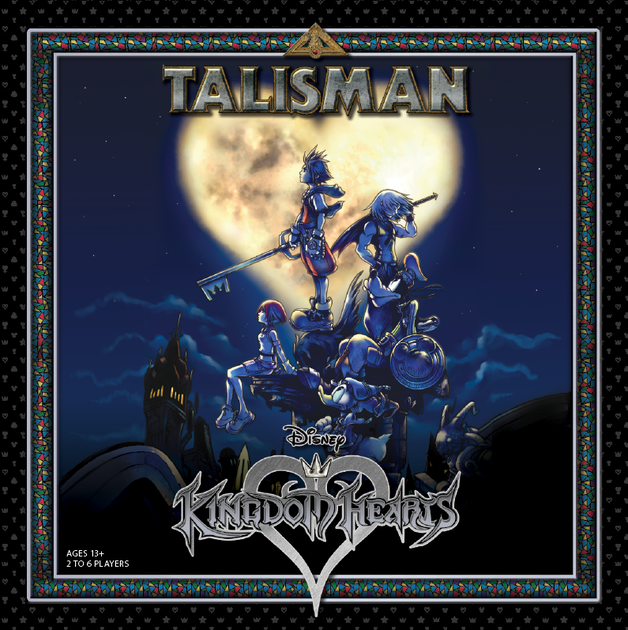 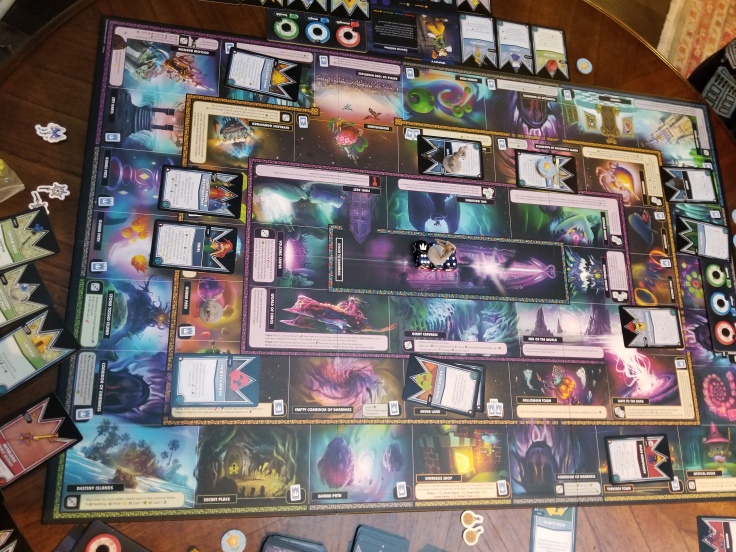 I’ve never played the original Talisman, but I have played a bit of the original Kingdom Hearts video game originally released on the Playstation 2. The board game has the true feel to the video game. Each player chooses to play as one of the characters such as Sora, King Mickey, Riku, Donald, and others. Each character has its own set of abilities and starting stats.

The board consists of an outer region, middle region, and inner region. Each player begins in the outer region and rolls a d6 to move around the board. Each space has different activities for the players by either rolling a die or drawing adventure cards. Different types of adventure cards include: equipment or followers that your character keeps, event cards that are performed and then discarded, accessory shops that stay on the board until the end of the game, strangers (or villains) that mess up your game plan, and finally the Heartless whom you have to battle. The goal is to build up your stats, obtain a Keyblade, and reach the innermost region to close the door to the Darkness.

First of all, the board is gorgeous! They did an exquisite job capturing the beauty and style of the video game. Roll-and-move games are usually low on my list of favorites because they tend to be based heavily on luck. Luck is also a big factor when drawing the adventure cards. The main strategy of this game is determining the optimal time to move between regions, and which spaces will benefit your character the most. I loved the act of collecting different equipment and followers (all Disney characters) to help boost your abilities in order to defeat the Heartless. 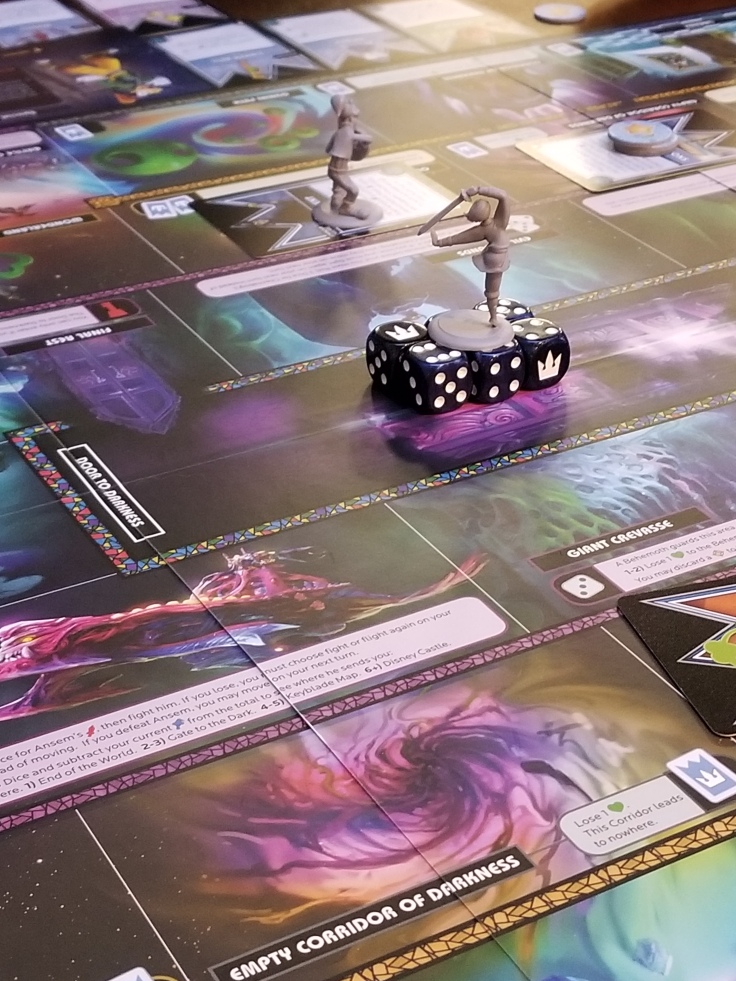 The only complaint I have with the game is the Trinity cards. Within the adventure deck there are Trinity cards that when drawn are placed on the space where it was drawn and remain there for the remainder of the game. In order to activate the Trinity cards, three players must occupy that space in order to receive the bonus that card allows: increased strength, increased magic, etc. I played this game with four players and then again with three. It was difficult to get three players on the same space in both versions, and we never were able to coordinate it. The only way I can see this as achievable is to play the game with six players. Even then it might still be tricky. So, not really a fan of the “Trinity” cards because they just take up a space on the board, and do not benefit anyone. This game also takes up a LOT of table space. This is not necessarily a negative thing; just make sure you have a large playing area when you start the game. Also, put as much as you can into your strength stat. You’re going to need it.

Overall, I really enjoyed playing this game and would love to play it again. Out of my collection, it wouldn’t be my constant go-to game for every occasion, but I wouldn’t say no if someone suggested we play it. For the casual gamer, this is a good starter game into the world of more strategic games, especially if you are familiar with the Kingdom Hearts franchise.